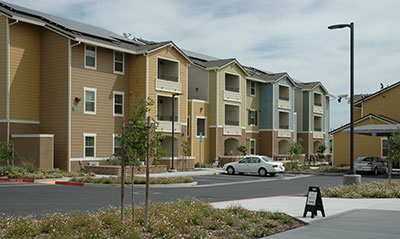 During the years after the Great Recession, the country’s affordable apartment stock declined by 60 percent, according to The Washington Post. The story cites a report by Freddie Mac, which compares unit rent increases between 2010 and 2016.

Examining loans the government-backed mortgage financier financed twice during the 2010-2016 timeframe, the report showed that units affordable to very low-income households dropped from 11 percent of 100,000 to just 4 percent.

The largest drop in affordable apartment units took place in seven of the nine states where Freddie Mac had financed the highest number of units. The steepest declines took place in Colorado and North Carolina, but rents became unaffordable for very low-income families in Arizona, Georgia, Nevada, Texas and Washington, too. Very low-income households in California and Florida had already been priced out of the rental market by 2010.

Fannie Mae and Freddie Mac reduced their presence in the rental market from 70 percent to 30 percent between 2008 and 2014. Experts said affordable housing constructed without a government subsidy is “becoming extinct.”

“The affordability issues are becoming more severe at the lower end of the market,” Karan Kaul, a research associate at the Housing Finance Policy Center told The Washington Post. “Absent some kind of government intervention or subsidy, there is just not going to be any investments made at that lower end of the market.”