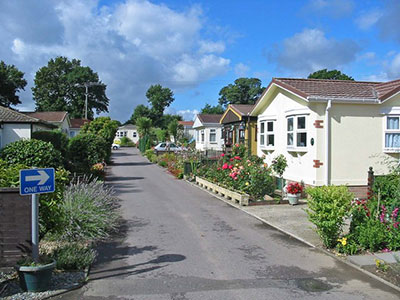 During and after World War II, mobile home parks filled a housing need for soldiers and their families and continued to do so in the years following the war. Today, there are about 40,000 such parks across the United States.

But according to the preservationist and landscape architect Eduard Krakhmalnikov, the parks are disappearing when in fact, they could fill a void in the nation’s chronic affordable housing crisis.

“Mobile home parks were built by both private and government developers next to spaces of production, and they were able to quickly provide housing for war workers and the construction workers who built the factories,” Krakhmalnikov told City Lab. “If it weren’t for mobile homes, I don’t believe we would have produced nearly as much [ammunitions and supplies] during the war.”

Mobile homes could, he thinks, provide the same quick and affordable shelter for low-income earners today.