Rural homelessness in California, particularly among youth, on the rise 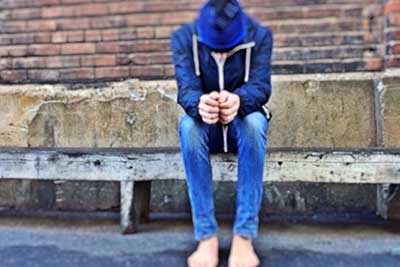 Rural youth homelessness, according to government records, is on the rise in California.

The California Department of Education (DOE) reports that the while the number of homeless young people increased 20 percent statewide from 2014 to 2016, the rate of young homeless people in many rural areas jumped more significantly. In some cases, the rate even doubled.

While the report cites natural disasters such as wildfires and flooding as the cause of families’ displacement, it also zeroes in on high living costs.

“In rural communities, the economic recovery is not really here yet,” Jerry Cadotte, executive director of Sierra Hope, a nonprofit organization that helps low-income people find housing in Calaveras, Amador and Tuolumne counties, told EdSource. “Young people end up working service jobs and many of them are one paycheck away from homelessness.”

In Calaveras County alone, the number of homeless public school students climbed from 4.7 percent of the overall student enrollment to nearly 20 percent in just two years, as regional wildfires left hundreds homeless. The DOE report notes that between 2014 and 2016, 1,124 children were living in cars, motels, shelters, outdoors or in houses with other families.