For Suzanne Anarde, RCAC is a partnership 20 years in the making 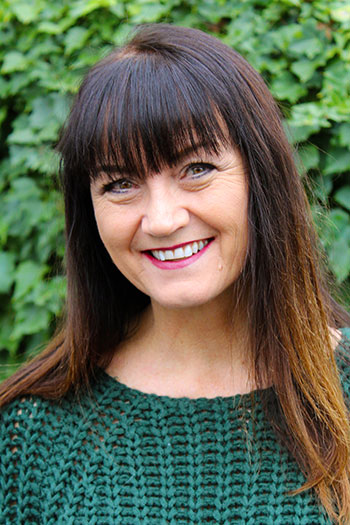 Suzanne Anarde may be barely into her third month as CEO, but she’s no stranger to RCAC, and she’s a nonprofit veteran. Her record speaks for itself: from managing her first community development block grant budget to exceed that of the local government that funded it, all the way to growing an all-star team at Rural Local Initiatives Support Corporation (LISC). Anarde is, however, very transparent about just how much there is to learn.

At the same time, she points out, “It’s not like I’m parachuting in.”

Anarde’s first job in the nonprofit world was managing a $150,000 community development block grant (CDBG), but it was hardly her first job. Anarde had previously worked in accounting, architecture and even real estate fields. Her entry into nonprofit work was largely practical. Her family had relocated to Colorado. With six children, she needed a job that was nearby and offered health benefits. The work was so new to her that she went to a local library just to find out what “CDBG” meant.

Anarde jokes that she “knew enough to be dangerous” when she got the job, but admits that her first couple of years were largely playing catch up to the new industry in which she found herself. It took only two or three months before Anarde realized she had found her passion, which she describes as leveraging negatives in a community to turn them into positives.

“In three years, my budget was bigger than the small local government that was passing the funds through, so they made us form a nonprofit. I did downtown renovations, I got money to build a new school, we did affordable housing and we did water/sewer. We did an assisted living facility. I tore down a chicken processing plant and turned it into lots for housing. I privatized a base that had been given to the town. We relocated 58 people after the Arkansas River flooded, and 57 stayed in our county.”

As her nonprofit grew, it went from serving six to serving nine local governments and eventually joined the Rural LISC network. It was then that Anarde began to work with whom she affectionately calls “The Gang of Five.”

As her nonprofit grew, it went from serving six to serving nine local governments and eventually joined the Rural LISC network. It was then that Anarde began to work with whom she affectionately calls “The Gang of Five,” (Stan Keasling, Peter Carey, Dave Ferrier, Dennis Lalor and John Mealey) all from different nonprofits in California. It was just in time too because Anarde was beginning to transition from a one-woman show to developing a team.

Anarde reflects that she is the result of hours of mentoring. Making real, human connections with people who could answer her hard questions made the difference in flattening out her learning curve. She also learned what her peers were doing, which fueled new ideas. One of those peers was Stan Keasling from the Rural Housing Development Corporation.

Anarde began attending RCAC trainings in the late 90s. She used her knack for relationship building and quickly made friends with RCAC alumni. Somewhere along the way, Keasling took the CEO position at RCAC, and Anarde took the helm at Rural LISC. She began as a consultant and then ultimately transitioned into vice president. The collaboration between the two continued when Keasling served on her advisory committee. Ironically, he became her senior advisor at RCAC.

Anarde smiles when she tells the story of turning Rural LISC into a robust place, crediting the team that she created. But it wasn’t without its challenges. Anarde said she and her core team had to make hard decisions early, but change was coming either way. They chose to change on their own terms, rather than wait for it to come to them. They immediately created a strategic plan, complete with outcomes and timelines. Then they got to work.

“‘I want to put all my energy into rural.’ It was this epiphany: That’s what RCAC is offering … RCAC has a cultural mission and awareness. I want that.”

She estimates that she traveled 200,000 miles in her first year, doing what she did best: creating partnerships. She met with anyone and everyone who was interested in rural and might consider funding or collaborating to build a network. This included RCAC. Anarde began to work closer with RCAC’s Loan Fund staff and fund developers. By the end of her first year, the team accomplished 96 percent of their strategic plan. When Rural LISC got its first six figure donation under Anarde’s leadership, she cried with joy. In that moment, the whole year had been worth it.

It was the first of many years in her tenure at Rural LISC. Anarde says she never wanted to leave, but found herself checking RCAC’s website from time-to-time, just to see what the organization was up to. Even when the CEO position became available, she didn’t throw her hat in the ring right away. Anarde recalls the moment she realized that she truly wanted to focus on rural work.

“There was just a moment when I was in the middle of something and I thought, ‘you know, I really, really, really just want to do rural. I don’t want the rest of my career to be in negotiation or combat mode. I want to put all my energy into rural.’ It was this epiphany: That’s what RCAC is offering … RCAC has a cultural mission and awareness. I want that. I want to deepen my own mission and cultural awareness.”

For Anarde, a major draw of the CEO position was that she would be joining a team. She says that having an active board with a 100 percent rural focus, and also a senior leadership team, appealed to her.

“It takes a lot of pressure off a leader if you have a lot of smart people that are mission oriented. I don’t have to be the smartest person in the room about everything, because I’ve joined a team. ”

A phrase Anarde uses repeatedly is “listen, learn and observe.” It’s a sort of mantra for her as she approaches her new role at RCAC. She speaks seriously about the task before her—to learn about the various cultures that RCAC serves. She says one of the signs of professional maturity is “knowing what you don’t know and admitting it.” But she makes it clear that she also knows what strengths she brings to the table. For the rest, she has plenty of familiar faces to look to.