First ever restrictions on Colorado River affect Arizona and Nevada 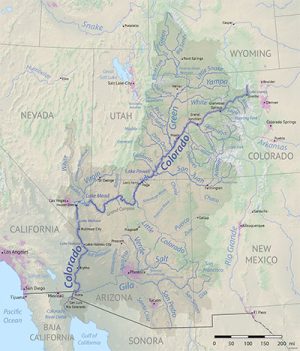 The federal Bureau of Reclamation is restricting the amount of water Arizona and Nevada, as well as Mexico, extract from the Colorado River because the Lake Mead reservoir is alarmingly low.

Arizona and Nevada agreed in May to reduce their reliance on the river, and California also offered to cooperate. Lake Mead is now 39 percent full.

The Colorado River and its tributaries serve about 40 million residents and more than five million acres of farmland throughout the American West. Drought and climate change have stressed the water way and states that depend on it have had to devise drought-contingency plans.

Heavy snow fall earlier this year across much of the Rocky Mountains helped raise Lake Mead’s water levels but this is not enough for the region to avoid restrictions.

“While we appreciate this year’s above-average snowpack, one good year doesn’t mean the drought is over. We must remain vigilant,” federal Reclamation Commissioner Brenda Burman said in a statement and according to USA Today.