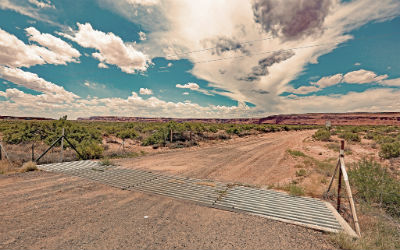 Native Americans living on the reservation in Utah say they just want safe roads to reliably transport children to school and patients to the emergency room.

Only one fifth of all the roads on the Navajo Reservation in Utah have been paved, one quarter of the roads are gravel, and more than half are just dirt. Hazardous under normal conditions, the roads frequently become impassable after heavy rain or snow, and Utah Navajos overwhelmingly agree that their roads are unbearable.

In 2015 alone, San Juan County was forced to cancel 10 days of class instruction in a single semester due to poor road conditions. Where roads have flooded, heavy ambulances must stop and rely on a passerby equipped with four-wheel drive to ferry paramedics to patients. Additionally, bad road conditions make it difficult to get to jobs and doctors’ appointments in far-off towns.

Hardly any federal funding reaches the area, and in the past five years, the tribal transportation department – based in Arizona – has not approved even one major road improvement project in Utah.

Daniel McCool, a political scientist at the University of Utah told Governing, “The conflict over the roads issue is typical of many of the service problems experienced by Utah Navajos. Government-provided services, or the lack of them, has been characterized for decades by a very clear game of pass-the-buck, and the roads are no exception to this.”