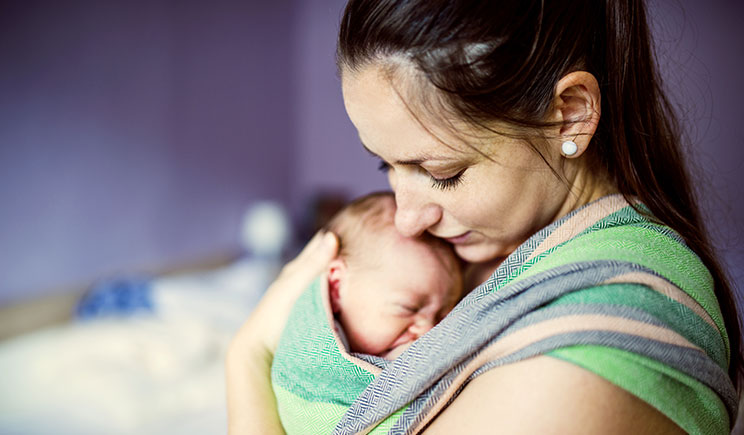 With the nation’s attention largely fixed on how the COVID-19 pandemic affects urban areas, rural America is bracing for its own case wave. Many rural healthcare facilities’ perilous state was already a national story before the current health crisis onset. As COVID-19 began making its way into rural communities, real concerns took shape—there will be no stadiums to convert into treatment centers and no offshore hospital ships. Rural hospitals often serve populations with higher risk factors such as age, obesity and lung disease. They are more likely to be short on critical resources like ventilators and ICU beds.

Amidst this looming threat, Rural Community Assistance Corporation (RCAC) borrower Breath of My Heart Birthing Center (BMH) in Espanola, New Mexico, is an example of rural grit and adaptability. BMH began in 2012 as a small birthing center in a rented storefront. With a staff of two midwifes, a student midwife, and a receptionist, the small community nonprofit organization provides alternative birthing solutions. According to its mission, the staff, “bring to reality a sustainable birthing place that celebrates pregnancy and birth as a sacred rite of passage through midwifery care. To raise awareness and promote wellness, growth and healing in our multicultural communities by honoring woman as the first environment.”

BMH was already supporting 18 – 24 births per year with just one exam room, one birth room and one administrative office. Staff also saw another 80 – 100 patients for education and counseling services. But BMH executive director, Jessica Frechette-Gutfreund, knew that they could do more with a larger facility. At the time, she never imagined that a public health crisis would make home births and midwife services more in-demand.

An opportunity arose for BMH in 2015 when the Affordable Care Act included a provision that certified birthing centers could offer Medicaid funded services. BMH’s Board of Directors seized the opportunity and worked with the New Mexico state government to create a licensing process. BMH also began looking for a bigger facility that would meet those licensing requirements.

In 2018, with a $310,000 RCAC loan, BMH purchased and began upgrades to a facility with nearly double the square footage, which provided for more rooms and new additions including a lab. It also has the bonus of being a residential facility, something Frechette-Gutfreund says is important to the BMH feel.

“The purpose of a free standing birth center is not to look like it’s a hospital. It’s to have the feel of a home,” Frechette-Gutfreund says. “We really wanted to preserve the building that we bought, both the feeling and aesthetic of that space while making upgrades to come into code.” 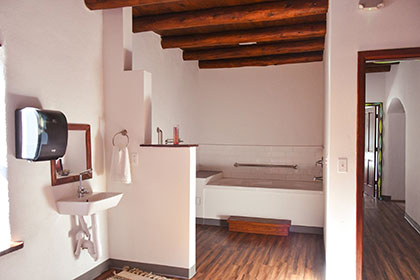 Those upgrades were not minor. BMH installed tubs and private bathrooms in each birthing room with on-demand hot water. The center also was required to make the entire facility compliant with the Americans with Disabilities Act.

With all of the major renovations completed last August, BMH increased monthly births and hired four additional employees. BMH formalized all of its policies and procedures to be certified by the state as a birthing center, and they were certified in November 2018.

Without knowing it, BMH was preparing for a crisis that would arrive in mid-March when statewide lockdowns and social distancing began to tax healthcare facilities across the nation. BMH had already anticipated a 35 percent increase in clients this year, but that could be much greater now. Frechette-Gutfreund says that even if New Mexico doesn’t have many COVID-19 cases yet, its communities are looking for alternatives to hospital births more than ever.

“With the pandemic, what we’re seeing is this big push toward out-of-hospital births as our hospitals become very packed. We’ve already seen a 15 percent increase (in clients), and we expect to see that increase quite a bit over this next six months,” Frechette-Gutfreund says.

Frechette-Gutfreund admits that the timing was right for BMH to step up. The center’s previous facility would have easily reached capacity already. With the extra space, BMH’s new building allows for six births per month, but they can “flex” up to 10 if needed.

Frechette-Gutfreund adds the caveat that capacity hinges on “all the systems working as they’re designed to.” The most important system being the staff itself. BMH is not taking chances that an asymptomatic staff member could be present.

“Now, we only have two midwifes there at any one time. All of my admin work, even remote visits with clients, I do from home. We’re also trying to do staggering,” Frechette-Gutfreund says. “So we rotate around. One midwife goes out of the rotation for two weeks at a time. That way if we have an exposure or infection, that person has been out of the office for two weeks, and can rotate in.”

BMH’s precautions also extend to the community. Only one patient at a time is allowed in the clinic, and patients are screened for infection in advance. A 15-minute gap between appointments lets staff completely sanitize rooms previous patients have used.

Frechette-Gutfreund says that birthing centers like BMH may have once been considered “alternative,” but in the here and now, more people see it as a first choice. She notes that meeting demand is important, but so is managing the staff’s anxiety by being transparent about how they keep them safe.

“We have always known that our work is really important in this rural context where we have a shortage of maternity providers, especially in rural New Mexico,” Frechette-Gutfreund says. “But I think that right now, with the pandemic, it brings into a greater spotlight how much our services are really needed in terms of a community health model. Although the circumstances have been truly terrible, in a lot of ways also very validating to the work we are trying to do.”

She ends by remarking that out-of-hospital healthcare workers are more valuable than ever, and their scarcity highlights the need for practices that operate outside of hospitals.