Jose “Chepo” Leyva-Lopez has won praise for his home-made tamales and business acumen, but dozens of hurdles remain 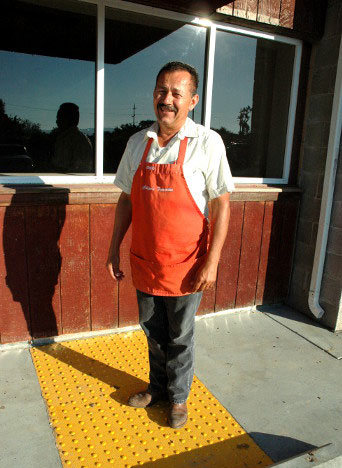 In the past two decades, day in and day out, Jose “Chepo” Leyva-Lopez and his wife, Maria, have risen at dawn to painstakingly roll their renowned homemade tamales. They make hundreds of them daily to sell across Solano County at local agricultural fairs, produce stands, and from their storefront in tiny Elmira, California, population less than 200. When the tamales are rolled, they go to work at day jobs.

The business has seen gradual but modest success. However, Chepo needs more than his two working hands to list the seemingly never-ending hurdles he now faces as he expands his tamale business. “We’re earning enough to pay our bills,” Maria said as she joined her husband in the kitchen behind the store one recent afternoon. Both point out the stainless steel sinks, the stove and freezers, and the plastic wall covering they recently put up around the sinks to satisfy a county sanitation regulation. “It’s like running a marathon,” added Chepo. “You just keep going.”

In 2009, when Chepo applied for a wholesale license, the U.S. Department of Agriculture (USDA) inspected his store and determined that it did not meet permit requirements needed to sell beef and chicken tamales and burritos. He had to install new commercial kitchen appliances and complete lengthy and complex permit applications.

Then there’s the county regulation that required Chepo to build a firewall between the store and an adjacent house, which he recently completed himself. He also followed the county’s instructions to place yellow ADA mats at the store’s front door, and not long ago, he repaved the small parking lot.

Recently, too, he learned that the unisex bathroom in the store didn’t comply with county regulations. Today, he shows a visitor the additional one he is now constructing, all the while scratching his head and shrugging at the thought of what will be required next. 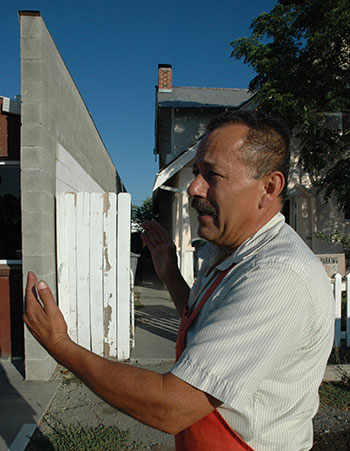 “A few years ago, we were also selling our tamales from a concession truck and trailer, but found out we couldn’t do that without a permit,” says Maria. “We didn’t know we were breaking the law.” They eventually sold the trailer to pay for the parking lot repaving.

To learn how best to solve these problems, Chepo worked with the Solano College Small Business Development Center to create a business plan to remodel the store and complete the building-permit applications. At the same time, he applied for and received a $25,000 Small Business Association loan and a $50,000 Community Development Block Grant. This funding, however, only covered 75 percent of the costs.

For the remainder, RCAC loaned him $125,000 to refinance existing debt on better terms, and to provide capital to buy more kitchen equipment and continue the remodel.

“This is a hard-working family that started with nothing and has strived for many years to improve and build their small business,” said Mike Carnes, RCAC’s loan officer. “RCAC is proud to be able to provide the financial resources needed to help them achieve their goals.” 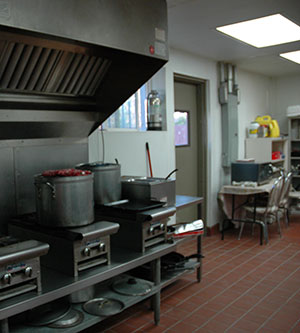 RCAC’s loan went toward walk-in freezers, stoves, ovens, a refrigerator, and a window case that can store and display hot food items. Part of it also went to refinance some existing higher cost debt. Chepo also started tiling the store’s floor, which is simply cement now, and also remodeling the ceiling; but both projects had to be put on hold because of other pressing projects, such as the bathroom construction.

Looking back, Chepo says he wishes he could have foreseen the difficulties he now finds himself facing. Back in 1978, he was a student at Guadalajara University in Mexico, working toward a degree in business administration. Maria was studying to be a medical assistant. During his summer breaks, he headed north to Dixon, down the road from Elmira, where his aunt worked picking fruits and vegetables. Like so many others before him, he could earn enough in a season to live better back in Mexico.

“You could buy Levi’s,” he says. “You could get good underwear at JC Penney’s!”

Both he and his wife were from middle-class families and life in Mexico was pleasant enough, but Chepo saw greater possibilities in the U.S. In 1988, after a decade of shuttling between the two countries, both Chepo and Maria received green cards. Four years later, they pulled up stakes and settled in Solano County permanently.

“We think sometimes that we’re here by accident,” says Maria.

They started their tamale business in their kitchen. Meanwhile, Maria went back to school to finish her medical training, and later found work at a clinic in Vacaville and then in Fairfield. Chepo worked as a foreman at a nearby farm. In 2000, he heard that the store behind his home, on Elmira’s main drag, was up for sale.

“We decided to rent it and three years later, we were the owners,” he recalls.

He says they still need two things: capital to expand the business, but also solid business guidance, particularly in how to acquire the elusive USDA permits.

One recent afternoon, Chepo stood in front of his store, looking across the road to the fields that reach to the foot of the golden hills bordering Vacaville. He’d once worked these fields, picking almonds, earning enough in the summer to support himself back in Guadalajara, Mexico. But today, those fields could yield something even more promising.

“They’re planning to build 700 houses,” he says with optimism, adding that until now his business has primarily catered to farm and construction workers and their families. The new residences could mean more customers and an expansion for his small store. Today the store has just two tables, a counter with a register, a refrigerator filled with drinks, and a stand that displays chips. He hopes that business will pick up to the point that they will eventually need to hire another cook.

While showing a visitor around the kitchen, he notes the white, black and gray plastic containers that separate the beef, chicken, and vegetable tamales and the shiny steel sinks. He reaches upward, pulling down a small door in the ceiling to reveal a drop-down ladder he built that leads to the attic. And Maria then looks up and says, “The sky’s the limit!”