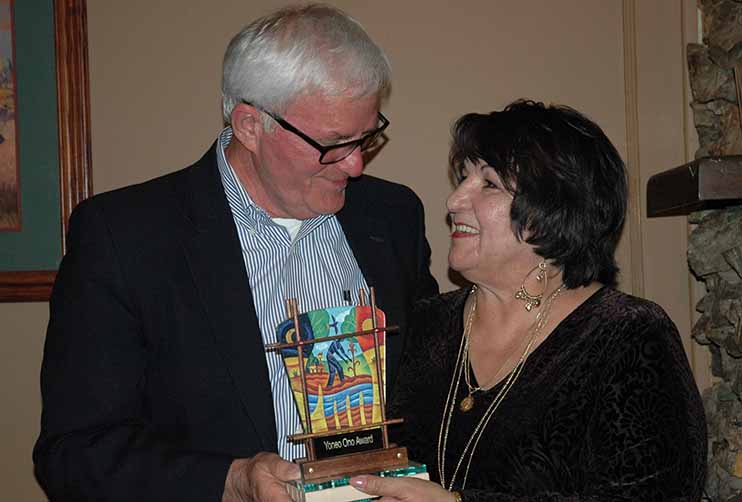 RCAC’s Yoneo Ono Outstanding Rural Volunteer Award was created in honor of Yoneo Ono, one of RCAC’s founders. The board presented the award to Ono when he retired from its board in 1984 for his lifelong commitment to rural development. The award honors rural people who have made significant lifelong contributions to their community in volunteer capacities.

RCAC’s Board of Directors presents the award to the honoree during a reception held in their community, and a cash award is donated to a local charitable organization of the honoree’s choice. Since 1984, 39 outstanding volunteers who have made immense contributions to rural development have received the award.

Nominations are accepted year-round and presented biennially (in even years). Review the criteria and complete the Yoneo Ono Award nomination form >>

The William French Award was created in 2007 to honor the life work of William (Bill) French, RCAC’s CEO for its first 30 years. The award honors Bill’s ability to start, grow and sustain an institution that has a significant impact on rural communities.

The award is given to individuals who demonstrate the lifetime achievements of leadership in rural development, building and sustaining an organization that benefits rural communities, and community leadership that has a regional impact.

The RCAC Board of Directors and Senior Management Team nominate candidates and present this award biennially (in odd years).