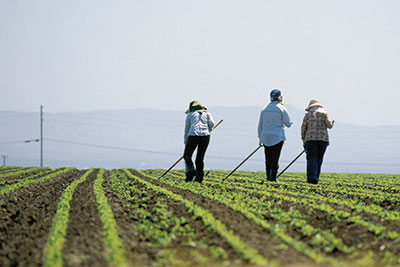 Agriculture companies in California and elsewhere are not obligated to house employees, nor is much state or federal money set aside for farmworker housing. In Salinas Valley, which is the fifth least affordable place to live in the United States, one company may be bucking the trend.

In Spreckels, where at one time sugar beets grew around a processing factory with the same name, another agricultural giant—Tanimura and Antle—have built new housing for workers where the factory stood.

The new development, called Spreckels Crossing, has private security, affordable rent and many amenities such as laundry facilities, a convenience store, sports grounds and ESL classes.

Some town residents have complained about Spreckels Crossing, claiming the water and sewage systems are under pressure, traffic and crime will increase, and there could be a potential drop in housing prices.

But Tanimura and Antle CEO Rick Antle told KQED Radio that until the housing was built, “We actually depleted all of our lists of people looking for jobs, and we ended up about 200, 300 workers short. What it told us was that the situation was only going to get worse.”