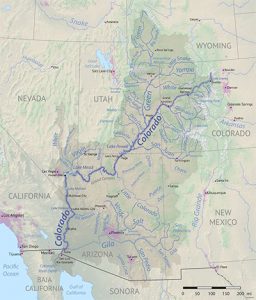 The rain and snow that typically nourish the Colorado River, which in turn serves as the most important water source for the American Southwest, have been abysmal this year, and meteorologists are warning of a permanent shift in the area’s weather patterns.

Drought has plagued the region for 18 years, however, its two major reservoirs – Lake Powell and Lake Mead – remain full enough that water cutbacks in the region can likely be avoided this year.

Snowfall in the region’s mountains has been uneven since last year, and the river valleys in southwestern Colorado received below average rainfall.