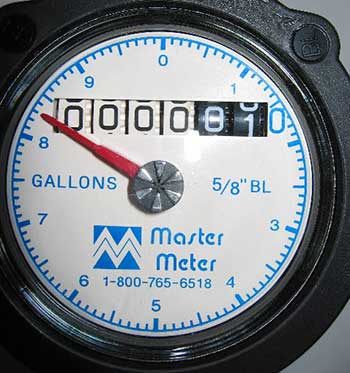 There are some simple strategies to reduce water use: take shorter showers, wash full loads of laundry and swap out that water-hogging grass for something native.

However, as much as we may be motivated to change ingrained actions toward a precious resource that’s being threatened as the warmer months roll in, psychologists say change is hard

“Providing … facts is generally not sufficient to change people’s behavior,” Wesley Schultz, a professor at California State University, San Marcos, who specializes in the psychology of environmental behavior told the Orange County Register. “We need to give people a sense that their actions can make a difference, and help them to translate that motivation into behaviors that matter.”

It took Orange County nearly 25 years to reduce its water use by 25 percent. Between 1990 and 2014, Orange County residents reduced their per capita water use from 175 to 140 gallons per person per day, according to the Metropolitan Water District of Orange County.

However, four years into the current drought, California can’t wait more than two decades to cut water use another 25 percent. Alternative ways to find, store or purify more water is a sound viable option, but it takes years to achieve, costs billions of dollars and is fraught with politics.

Reducing demand is the quickest solution.

“Most consumers dramatically underestimate how much water they use. Therefore, they misunderstand the best ways to be efficient,” said Robin Gilthorpe, chief executive at WaterSmart, a San Francisco-based software company that has partnered with a handful of water agencies in Orange County, including those serving Irvine, Huntington Beach, Newport Beach and Santa Margarita.

WaterSmart is a pilot launched in January 2013 in Newport Beach that has cut water use by an average of 3 percent. The system compares water use in the same neighborhood and lets homeowners know how their water use compares to their neighbors. According to the Register, when households know that they are using more water than their neighbors they tend to cut back to what’s considered the “social norm.”

Installing a smart water meter, which can monitor water use down to the hour, also is a valuable feedback tool in sparking behavioral change. Kenneth Small, an environmental economist and professor emeritus at University of California, Irvine, referenced an Arizona study that compared water use in suburban homes that had water meters to those that didn’t. He noted that, “The ones that had the meters were much more water saving.”

Often, water agencies use tiered pricing (charging homeowners higher rates when they use more water) as a punitive measure to discourage consumer water use. “Generally, people will cut back on any particular good the more expensive it gets,” said Small.

That tactic can have a downside, too.

“If people are forced to limit their irrigation by some kind of restriction, and they resent it, they might comply because they don’t want to get fined,” Small said. “But they might take (the reduction) back by taking a longer shower, or doing something else where their behavior is not being monitored.”