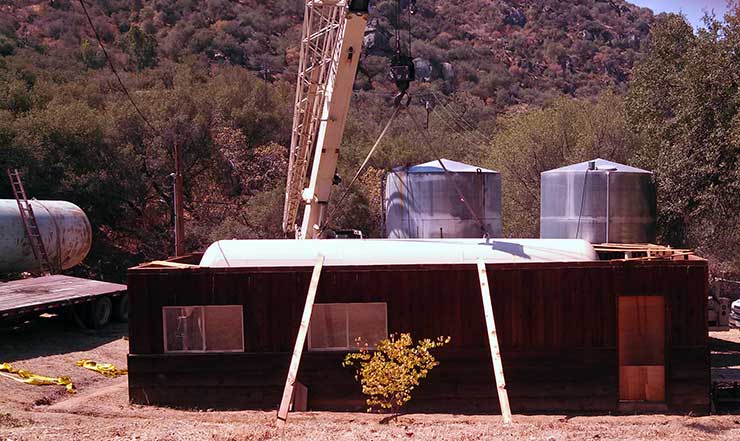 Three Rivers, Calif. – The 2,600 residents who call Three Rivers home take pride in the peaceful landscape near Sequoia National Park. In fact, Walt Disney once considered building a major ski resort nearby because the landscape is so picturesque. Despite its beautiful surroundings, it became clear two years ago that one small Three Rivers community’s water supply was in danger, so residents called on Rural Community Assistance Corporation for help.

“There were serious problems especially in the summertime,” resident and board member, Ginny Stone recalls. “There are fewer homes around here, just outside of Three Rivers, and several of them at higher elevation couldn’t get enough water then.”

The system’s private owner, who was living in Fresno, had neglected the infrastructure for years, say residents. While more homes were built on the dry and grassy hillsides, the water system’s upkeep and expansion lagged. Occasional pleas to improve matters went nowhere until 1988 when the residents purchased a 10,000-gallon water storage tank with their own funds. The owner finally agreed to sell the system to the community, but he died suddenly. Eventually, the owner’s family agreed to sell the system to the Sierra King Homeowners Association for $1. The association, which provides water to 41 very rural users in the area, is now the system’s sole owner and is managed by a seven-member board.

The board faced more challenges in 1997 when an earthquake caused the main well to collapse. A FEMA grant funded a new well and later a Small Business Administration loan funded a second well, drilled in 2007.

However, in the following years it became clear that two 10,000-gallon tanks that served the community were leaking and had exceeded their expected useful life.

“We really didn’t know what to do,” Stone says. “We were about to give up.”

The group brainstormed solutions and one evening board member Frank Avalos returned home from a meeting and mentioned the problem to his wife, Betty.

“I got on the Internet,” she says. “And after some searching, I found RCAC.”

She contacted Dave Wallis, RCAC technical services program manager, who drove to the community one afternoon in 2014 to meet with water company board members to determine their needs and to discuss options they could consider.

“He thoroughly inspected the tanks and pumps and said that since the tanks were pressurized and old and leaking, that they could explode if we didn’t repair them,” says resident Lew Sutfin. He and residents Stone, her husband Cliff, the Avalos’ and Judy Smith, the board’s secretary, also got to work exploring options, eventually deciding to replace the tanks. To do so, they agreed, as well, to apply for an RCAC loan.

Meanwhile, Dave Wallis was in contact with other RCAC staff members Leon Schegg and Richard Culp, who prepared a report that considered various alternatives, costs and benefits.

“There was a lot of fine-tuning and lining,” Sutfin, another board member, says one afternoon as he, Betty Avalos, Stone and Smith showed a visitor around the new tanks and pump.

“Dave Wallis provided some great technical assistance that showed us the need to replace the pressurized tank before it blew up!” says Betty Avalos. “He showed us some photos of old tanks that had failed, and we certainly didn’t want to be in that situation. He also pointed out some other infrastructure improvements that we might consider in the future. Mike Carnes was tremendously helpful to me with the loan application process and made it easy to complete. He has also been very helpful to our treasurer, Stella Sutfin, as she has been dealing with the required ongoing paperwork and reports.”