Part I: That which is not direct 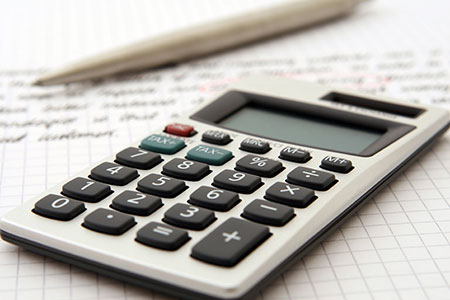 Are you afraid that when your funders see the line item “indirect cost,” they will have a negative reaction? Are you puzzled by the difference between indirect costs and administrative costs?

That which is not direct—that is about as clear a definition of indirect costs as many people will find in their quest to understand the difference between direct and indirect costs. Indirect costs are one of the most confusing, misunderstood and controversial concepts in nonprofit financial management. Terms like “administrative costs,” “overhead” and “indirect” are often used interchangeably when they can represent very different things.

Let’s look at the definitions of these often confusing terms:

Assume that you are the executive director of a small nonprofit organization that has recently received funding to add an after-school activity program for troubled teens to the counseling services that you already provide. You hire a part-time staff person to coach a weekly basketball clinic and a consultant to teach a weekly course on scrap booking. You rent the high school gym for two hours a week. The gym contains a small room located next to the basketball court that you can use for the crafts activities. Let’s look at how to categorize the costs related to these new programs.

If your organization provides one service to the community and is funded by one grant award, your tracking needs are simple. All of your expenses benefit that one funding source and that one program so they would all be charged directly. As soon as you add another program and/or funding source, you will have to determine which costs are direct, which costs are shared direct and which costs are indirect as well as how to charge each of these programs and funding sources for the expenses that occur. You could always have a separate accountant, corporate liability insurance, audit, board meeting, fidelity bond, and D&O insurance policy for each of your funding sources/programs! Obviously, this would not be cost effective or practical but it would certainly provide each funding source an accurate accounting of the cost of these expenses for each one.

Short of the above scenario, how is an organization to prorate and charge its funding sources for all of the shared costs, both direct and indirect, associated with running the organization? “We charge everything directly” is a response I often hear. That’s great, but how do you decide how much each program or funding source will pay “directly” for all the costs that are shared? These shared costs may include office supplies, rent, audit, telephone, printing and copying, utilities and salaries as well as all of the indirect costs for the organization. It all comes down to fair and equitable allocation of these essential costs, which should be documented in a written, approved cost allocation plan that outlines your organization’s methodology for allocating these costs.

Allocation of shared costs (direct and indirect) to appropriate funding sources is a multiple-step process:

Let’s look at what this would mean for the organization described above:

The table below lists common shared costs and some typical cost bases that are used to allocate them. Note that this is not a complete list. You may choose any cost base that results in an equitable and consistent allocation of costs.

So what base should we choose for our indirect costs? The most common cost bases used to calculate and allocate indirect cost rates are modified total direct costs and total direct salaries (with or without fringe benefits associated with those salaries). You should choose the base that would result in the fairest and most equitable allocation of indirect costs across your funding sources. For example, if you have one program that has no salaries or fringe benefits charged to it but benefits from the organizational costs charged to the indirect pool, you should not use salaries and fringes as the base. It would not result in an equitable allocation because the program that has no salaries and fringe charged to it would receive no share of the indirect costs.
Each cost base you choose must meet the following guidelines:

Several years ago, the Office of Inspector General (OIG) of the Department of Labor reviewed the cost allocation practices of federally funded organizations and found a number of common problems. The most common problem involved the lack of documentation of salary costs. Many organizations used timesheets as documentation for payroll expenses, but the timesheets only reflected the number of hours each employee worked, and not the allocation of those hours across various funding sources. Time sheets serve as the base for allocating salaries and wages and must reflect the distribution of labor costs among multiple funding sources. Hours charged to funding sources on timesheets must match the way in which those hours were charged to the organization’s funding sources or those expenses can be disallowed.

The issue of undocumented expenses came up as well when OIG reviewed travel expenses. If an organization is going to charge a funding source for travel-related costs, those costs must be documented to show how the travel was related to the program. Travel documentation should include forms that show authorization to travel prior to the date of the trip. Organizations should also use specific travel reimbursement forms to which receipts for travel costs are attached once the trip has been completed.

OIG also discovered that organizations were including unallowable items in the cost pools that were allocated across all funding sources including federal grants. In one instance, board meeting snacks and lunches were recorded as indirect costs and included in the indirect pool. These costs were later disallowed and had to be repaid.

Another common allocation mistake many organizations make is the way they treat credits received on overpaid bills. If you receive a refund from an overpayment of an expense and the expense was originally expensed at least in part to a federal grant, the federal government expects that it will receive its fair share of the refund. Many organizations make the mistake of recording this refund as unrestricted revenue but it should instead be used to reduce the current year’s expense.

There is no time like the present to re-examine your organization’s cost allocation policies. Don’t make the mistake of using unrestricted funds or general funds for allowable costs that should really be borne by the grants that fund your operations. Make sure that all of your sources of funds and programs are paying their fair share of the costs that are necessary to continue to serve your clients.

Title 2 CFR 200 was implemented by all federal agencies on December 19, 2014. The new regulations consolidated eight OMB Circulars, including the Circulars that governed direct and indirect costs (A-122 and A-87), into one location in the Code of Federal Regulations (www.ecfr.gov). These streamlined and revised regulations include some changes to the calculation and application of indirect costs to federal awards. (See Section 200.414 of Subpart E – Cost Principles):

As mentioned above, if your organization has never negotiated an indirect cost rate (NICRA) with a cognizant agency, you may elect to use the 10 percent of Modified Total Direct Cost (MTDC) de minimis indirect rate to recover indirect costs as part of your federal grant budgets.

The term “Modified” refers to certain exclusions of costs that must be removed from the total direct costs before the 10 percent indirect rate is applied to each funding source. According to the Uniform Guidance, the costs to exclude are equipment, capital expenditures, charges for patient care, rental costs, tuition remission, scholarships and fellowships, participant support costs and the portion of each subaward in excess of $25,000. Other items may only be excluded when necessary to avoid a serious inequity in the distribution of indirect costs, and with the approval of the cognizant agency for indirect costs.
Please note – “rental costs” do NOT mean rent and utilities that are part of the overhead costs of the organization. (For clarification, see the July 2017 COFAR FAQs .68-3 Are Rental Costs Allowable Costs?)

According to the July 2017 COFAR FAQs, any limitation or statutory cap on administrative costs applies to the combined claims for indirect costs and direct administration costs. (See 200.56-1 Indirect Costs v. Administrative Costs) As a result, your organization may not be able to collect the full 10 percent de minimis indirect charge from the award.

The first step is to calculate the two amounts since the cap applies to the full grant amount while the 10 percent de minimis is applied only to the MTDC. For example, if an organization receives a $100,000 federal grant with a 5 percent admin cap, there would be $5,000 available for direct and indirect admin. However, the 10 percent de minimis indirect charge to that grant (assuming there were no exclusions to make from the direct costs) would be $9,091 ($100,000 divided by 1.1 x 10 percent), not $10,000 (10 percent of the $100,000). Obviously the grant would not pay its full share of the 10 percent but the difference would be a little less than the difference between $10,000 and $5,000.
Step 2 is to determine whether or not your organization can find the administrative funds to cover the under collection of these admin costs. This should be part of the discussion before your organization applies for or accepts this award.

If your organization decides to accept this grant with its administrative cap, the full amount of the de minimis indirect rate should be calculated and charged to the grant internally so that management will know the true cost of the program even though your organization will not be able to draw the full cost down from the grant.